The music-making duo known as AIVIS consists of Aidan, a songwriter from Glasgow in Scotland & Travis, a producer from near Columbus in Ohio.

In their own words;

“Aidan is the provider of pop – song structure, melodies, harmonies, lyrics and vocals. Travis is the devil for detail – instrumentation, rhythm, glitches, beats and bass.”

They finished their first collaboration in 2014, moving ahead to create their first album over the next two years. Over that time their sound evolved into the recognisable electronic pop it is now.

Sickening’s resident photographer, Crawford, got the chance to chat with the transatlantic, electronic duo known as AIVIS.

Sickening – Hey guys, it’s a pleasure to get talking to you.

You’ve told us that you met online, via Reddit, in 2014. Can you tell us what it’s been like working so far apart? Did you have any issues with the time-difference?

Aidan – Yeah, Travis is based in Ohio and I’m based in Scotland, so from the very beginning we never really worked at the same time on anything. Even Skype calls were difficult to schedule. What we mainly do is talk on Facebook Messenger and share files on Google Drive, so quite often I’ll wake up in the morning and have some messages from Travis telling me about some aspect of a song he’s worked on. Then, I’ll pick that up and do the same thing for him when I’m finished. After a few years of working together we seem to have found a nice groove!

Travis – It has been the very first successful collaboration for both of us I think. And it has gone surprisingly smooth. The time difference hasn’t been terrible either. There’s a delay between responses but with us both being able to maximise our free time and bounce files and info back and forth it’s been pretty smooth sailing. I think we just plain lucked out because we work together really well, challenge each other to leave our comfort zones and do better, and our minds are always on a similar path even with the distance. It’s pretty crazy how well it’s worked all things considered.

The new single, Wilderness, is amazing. Sickening was treated to a preview of the video and it looks phenomenal! Can you tell us some of the inspiration behind the single and the video?

We noticed a few hints of something sinister…

A – Thank you! Glad you guys like it 🙂 Lyrically, the song was written about the first major breakup I experienced. I had been with my boyfriend since I was 15, so being single again at 24 was quite a scary experience. It’s about how all those mixed feelings of being lost, alone, curious, abandoned, independent, and hopeful are similar to feeling out in ‘The Wilderness’. It can be pretty daunting being single after a long period of being with someone, but it’s important to embrace your independence and pave your own way forward in the end. The original idea behind the video was to show a girl who is lost in the woods running away from her demons, and in the end she escapes them and is free. We pitched this idea to Dan, the director, and he changed it a little bit so that the ending was a bit darker and a bit more fitting to the theme of the song. We trusted Dan to do a good job of it so we accepted his changes. To be honest we just felt really lucky that somebody as talented as him wanted to work with us and he did it all free of charge.

How long did it take to put together?

A – It’s taken about half a year to get the video from concept to realisation, but in terms of actual man hours, it probably only took about one or two weeks worth of filming and editing. The shots of me and Travis were all done in a day in Dan’s living room. It took about half a day to set up the lighting, the camera, and the backdrops, and then another half a day to film all the shots of us. The rest of it was filmed about a month before that.

Did you get to have any direction/input of your own?

T – When we first contacted Dan the director we told him our idea for the video and he wanted a couple weeks to work with it and came up with something similar. We didn’t like it at first and talked through some changes and were honestly so ecstatic over the end result. He wouldn’t show us any sneak peaks throughout so we were nervous but his previous videos were great so we trusted him and I’m glad we did. We also sat in on the editing process and had a large contribution to that portion.

A – Yeah, we were involved in the original pitch for the concept of the video, even though Dan changed it slightly. In the close up shots of my face (which is not a face designed for 4K haha), you can see projections of flowers and branches. Travis was involved in looking through some old slides and finding cool images we could project on to my face with a projector. The day after the shoot we sat in on the editing and I was a bit of a control freak. Some moments like when the guy’s hand grabs the girl’s shoulder on the beat, or the flashing of Travis’s face on the drum beat before the running sequence were my ideas, and it was cool that Dan took our input and included them in the final cut. It was all very collaborative. 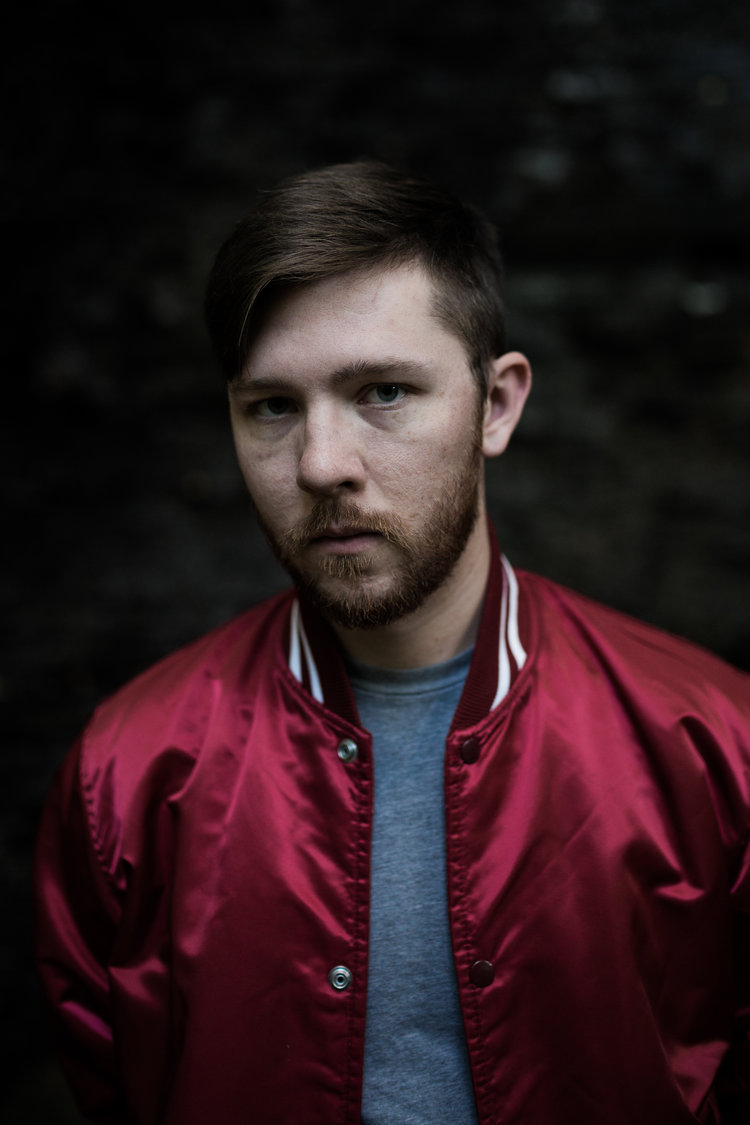 Was it all work during your trip to Chicago Aidan? Or did you manage a little down-time?

A – So I flew from Glasgow and Travis drove from near Columbus to Chicago and we met in person for the first time, which was really weird but cool. We’d known each other for years but never met in the flesh. My friends were a bit wary of me flying across the Atlantic on my own to meet ‘a guy I met on the Internet and make music with’, so I think there was a sigh of relief when I came back in one piece. We spent 5 days in Joliet just outside Chicago to film and edit the video, and we spent the first couple of those days just driving around, eating good food, and getting to know each other and Dan. For one of the days we travelled into downtown Chicago and Dan and his girlfriend Elizabeth gave us a tour with some local knowledge. I spent the last week of the trip in Columbus near where Travis lives, although we spent most of our time working on the album so I never really got to see too much of the city or its nightlife. But to be fair I really enjoyed the work I was doing so it all felt like downtime anyway. It was all very surreal and something I’d never done before.

T – Honestly I don’t feel like we did any work. It was such a blast to be out doing what we’ve wanted to for so many years and working alongside such passionate creative minds was absolutely refreshing. I remember we just kept looking at each other in awe wondering what kind of dream we were in.

Can you tell us a little about your own inspirations? Do you have similar tastes or a variety of different ones?

A – Haha we actually have completely different styles and tastes for the most part. I love pop music and I’m a sucker for anything that’s simple, catchy, accessible, but also has some depth and authenticity. I think it’s a difficult balance to strike and it’s something I always try to do. My inspirations are pretty varied, as a kid I grew up listening to Steps and S Club 7, but as a moody teenager I listened to My Chemical Romance and James Blunt, and I think the music you grow up with always has some influence. My main inspirations are other electronic pop artists like Robyn, Mika, Chvrches, Bastille, Lorde, and Marina & The Diamonds.

T – Our tastes are quite different but we do overlap on some key artists and I think that brings a lot of diversity to our music. I’d say Chvrches is one of the biggest inspirations on this project but personally I’ve taken inspiration from groups like Tool, Animals as Leaders, Modest Mouse, Emery, Bubblegum Octopus. My current obsession is Banks.

Do you have any more singles earmarked for release from the album before it’s released?

A – Yep! We plan on releasing a couple more singles before the album drops. Travis will probably travel over to Scotland to film the next video, we’re thinking just after new year but we don’t have any plans yet. Just in time for a Sickening photoshoot hopefully! 😛

T – We do have at least 2 more singles that will be out soon and a remix swap with the synth-pop group Dancing with Ruby.

Thanks guys, it’s been great getting to know you a little better.

“Wilderness” is available 30th November on iTunes, Apple Music & Spotify ( just search for AIVIS Wilderness) and a variety of music download alternatives (all links below) and the music video is on youtube now, click the link below for a 4K treat for you eyes.